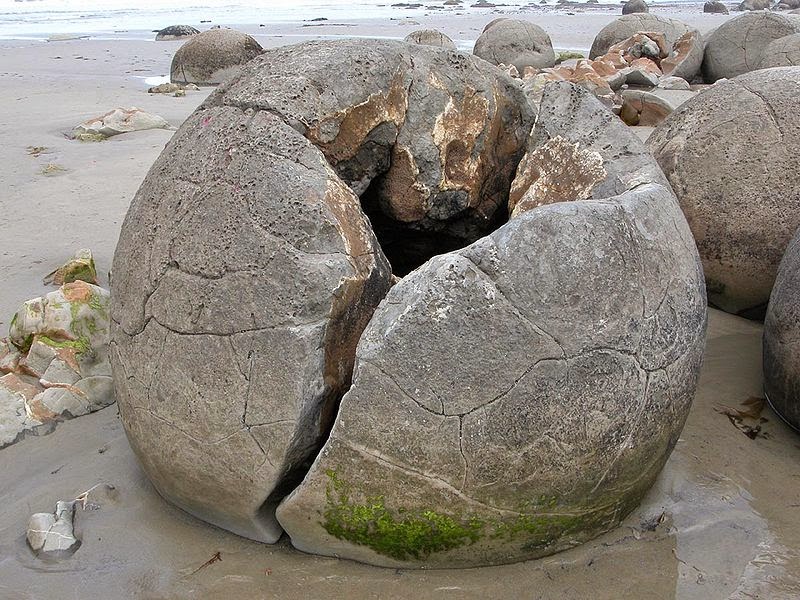 One a hot Friday afternoon, less than a mile into my run, I finally cracked. My knee was killing me, like being jabbed with a knife each time my foot fell. I stopped under the shade of a pine tree and made the decision to call my surgeon as soon as I could limp back from the miserable run. 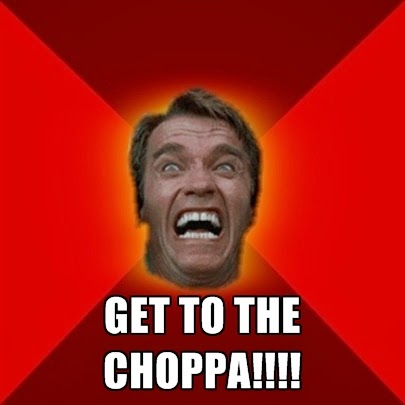 Surgery sucks, especially knee surgery. Well, actually the surgery isn't that bad considering the anesthesia, but the recovery definitely sucks. On top of that, I've already had 5 knee surgeries on the left knee, so deciding to go for number 6 on the right knee felt like paying Ferrari money for a clapped out Ford. But for now, running was still worth the price, so I made the appointment.

My ortho doc is damned good. He's a sports specialist and a runner, so he "gets it". He also does about 150 arthroscopic procedures a year, so when I told him I was ready for the knife, he pulled out his phone, checked his schedule and said "I have one slot open this Thursday". I agreed. Better to just get it over with as soon as possible. Besides I didn't want any time to change my mind.

Nothing is ever simple for me with running, and I guess that goes for running related surgery as well. The surgery itself went well ("excellent" was the word used by my doc) and I was off the crutches in less than a day. Yeah, my knee was swollen like a large grapefruit and the surgical tunnels stung like bee stings, but overall the knee felt great. No more stabbing pain in the rear of my knee. I rested over the weekend, gradually regaining my mobility. But then things got complicated.

Side Effects May Vary

I went back to work after surgery on the following Monday, feeling a little tired, but generally able to sit at my desk and be semi-productive. But by lunchtime, I was feeling rotten - tired, lightheaded, and dizzy. I chalked it up to recovery from the surgery and went home early. The next couple of days, I made it about the same amount of time before fatigue and dizziness sent me home. On Thursday, sitting at my desk, the world began moving, which was strange because that totally contradicted what my eyes were seeing. In the space of an hour, I got so dizzy I had trouble walking. Then I lost control of my breathing and my chest felt constricted. I called my regular doctor in a panic and she told me to come over immediately.

An hour later, after an ECG, blood work, and various tests indicated no cardiac issues, my doctor prescribed some medicine to help with the dizziness and scheduled me for an MRI of my head.

Of course I consulted Doctor Google once I regained my sense of balance. But that asshole always tells me that I have cancer. Same thing this time. It HAD to be a brain tumor. Great, just great. 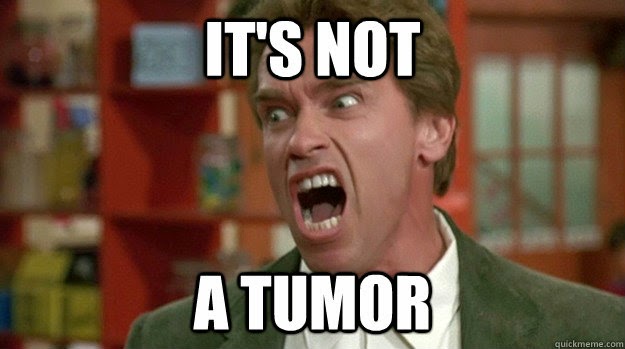 A couple of days later I took a nice nap in a clattering MRI machine. The next morning my doctor called with the results. "Well, the MRI of your head showed nothing" she said. Har dee har har, doc. Very funny. "No brain tumors or other abnormalities" she continued. Well, suck on that Doctor Google! "However, your left carotid artery didn't show up well on the images, so I want to schedule you for another MRI, this time with contrast to see if you have a carotid blockage". Great, just great.

A day later, I lay nervously in the same MRI machine as it clattered away, but the IV in my arm feeding ice cold contrast liquid into my veins, and my own fears rampaging through my brain, meant no napping. I knew that a carotid artery problem would be serious, and potentially very dangerous.

These new images were sent off to a couple of specialists, so I didn't hear anything for a few very stressful days. Finally, my doctor called and gave me the news. I did indeed have lower flow in my left carotid artery, but I am one of the 2% or so of people who have imbalanced carotid arteries. Turns out, my left carotid is congenitally about half the size of my right, and is missing some significant branches. So, if you ever want to kill me, slash my right carotid. Cutting the left one would be like giving me a nick while shaving.

So, two MRIs and I'm still dizzy as hell. It's not a brain tumor. It's not an arterial blockage. Time to see a neurologist. Appointment made, I wait while the world shifts and wobbles around me. 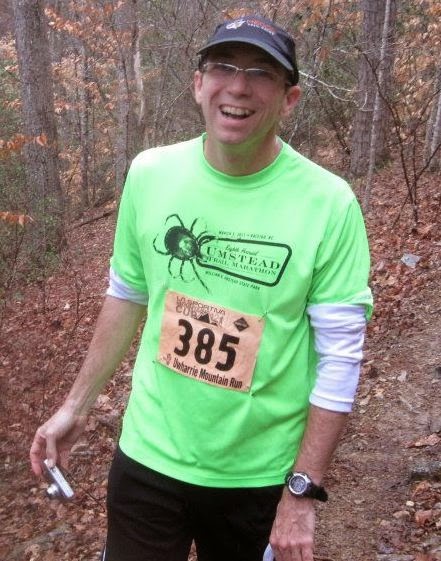 And then my wife reminds me of something significant: ticks. I was in the mountains the week before my surgery and spent a lot of time in deer tick territory. And didn't I see a tick on my leg amongst the trail dirt after hiking through some heavy undergrowth? Oh hell, I think I might have Lyme Disease! I mention this seemingly insignificant fact to my doctor and she immediately puts me on doxycycline and drew a dozen or so vials of blood to send off to culture.

However, before I could even make it to my neurology appointment, and before any of my Lyme cultures come back from the lab, I have a severe "attack". I can barely walk, barely breath, have pain and tightness in my chest, and my hands and feet are going numb. I panic and have my wife drive me to the emergency department at Duke Hospital. My blood pressure is 20 points above normal on both ends and my resting heart rate is around 90, which is crazy since I'm normally in the 50-60 range (running for the win!). To cut a very long ER story short, they tested everything under the sun related to my heart and lungs and came up empty, discharging me after a very long night in the hospital. The ER doc was actually apologetic about not finding anything, but encouraged me to keep my neurology appointment. Great, just great. 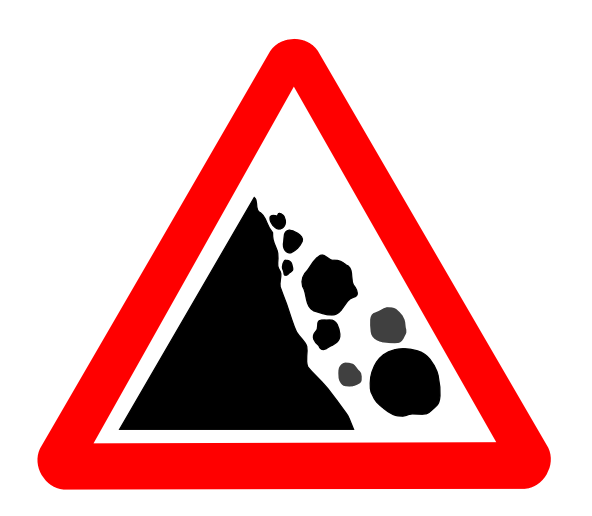 Two days later, I see the neurologist. I spend a solid 30 minutes telling him the entire history (he has seen the MRI scans and nods along as I describe the findings). The last thing I say to him is "Apparently, no one can figure out what is wrong with me."

He doesn't say a word, but puts me through a battery of balance and coordination tests, some of which I ace and some of which I flub. Then he asks me a single question. "Did they intubate you during your anesthesia for the knee surgery?"

"That doesn't matter," the doc says, "you have rocks loose in your head."

I look at him like he has 3 heads (jokes on him, since I was only seeing double at that moment) and ask "What the hell are you talking about?"

The doc goes on to explain something called Benign Paroxysmal Positional Vertigo. You can follow the link to read all about it, but it really does just boil down to "rocks loose in your head", little calcium crystals called otoconia actually, but "rocks" sounds way cooler. His guess was that during the knee surgery, as either part of intubating me or moving me around to work on my knee while my head was in an extreme decline due to the intubation, some of my "rocks" were knocked loose. "This is fairly common in "older" patients," the doc says "and you are close enough to 'older'". Smart ass doc. I like this guy.

Those rocks were rolling around in other parts of my inner ear sending bogus movement signals into into my brain. My brain being of the logical sort thought the world had gone mad and that I was about to fall off of it, so prepared me for the fall into the inky void by releasing the adrenaline hounds of war. Hence the high blood pressure, and shortened breath, and the tingly appendages, and the fight or flight panic I was feeling when I checked myself into the hospital. The human body is simply an evolutionary mess.

I asked the doc about treatment and he says it is quite simple. He shows me a set of maneuvers to perform twice a day to get the little rocks in my inner ear rolled back into position. Basically these maneuvers involve me falling over in different positions and laying very still. He assured me that I would feel better within a week. I could barely restrain my skepticism.  I had just spent a night in the f'n hospital! I had Lyme Disease! Or an undiagnosed blood clot! Or a hidden brain tumor! Loose rocks and some nutty falling over exercises were NOT the answer.

But damned if they didn't work! Within 4 days, I was feeling totally better. I had been dizzy and miserable for 5 weeks, and suddenly I felt normal again.

Epilogue
What's the point of this long, snarky medical history you ask? Well, it was to get to this point: I ran again this week, and the pain in my knee is gone! The surgery worked. And all the side effect insanity? Well, it takes more than fear for my life to stop this rolling stone. Roll on, runners. Roll on.