Whisky is the answer. The questions are many, but pointless, especially after whisky. But here's one to ponder - how do you make Uwharrie Mountain Run your first trail race after a long injury layoff? Whisky. Just trust me on this.

Ok, I don't blame you for not trusting me. Hell, I don't trust me when it comes to running, racing, or training advice. But stick with me here, there's a more important idea behind my madness that I'll get to eventually.

The Long Suck
I've never been a great runner, but I do like to run. Actually, I need to run. It's what keeps me healthy and sane. Having a doctor tell me that I couldn't run for at least 2 months and possibly up to 6 months (or risk permanent disability) was like being smacked in the face with a porcupine. It sucked! Of course, I couldn't complain too much. It was my decision to run my last trail marathon with an injured foot. So don't feel sorry for me, that's my job anyway.

After 2 months of suck, filled with pool running, bosu ball balancing, and innumerable sessions of stretching, I finally ran again. For ONE minute. Starting back slowly was one thing, but this was ridiculous! But I stuck to the plan of my physical therapist (also a runner, who sympathized with my situation) and slowly ramped up over the coming month, making it all the way back up to 4.25 miles. Not that my foot was perfect, it hurt after every run, but I was moving again. 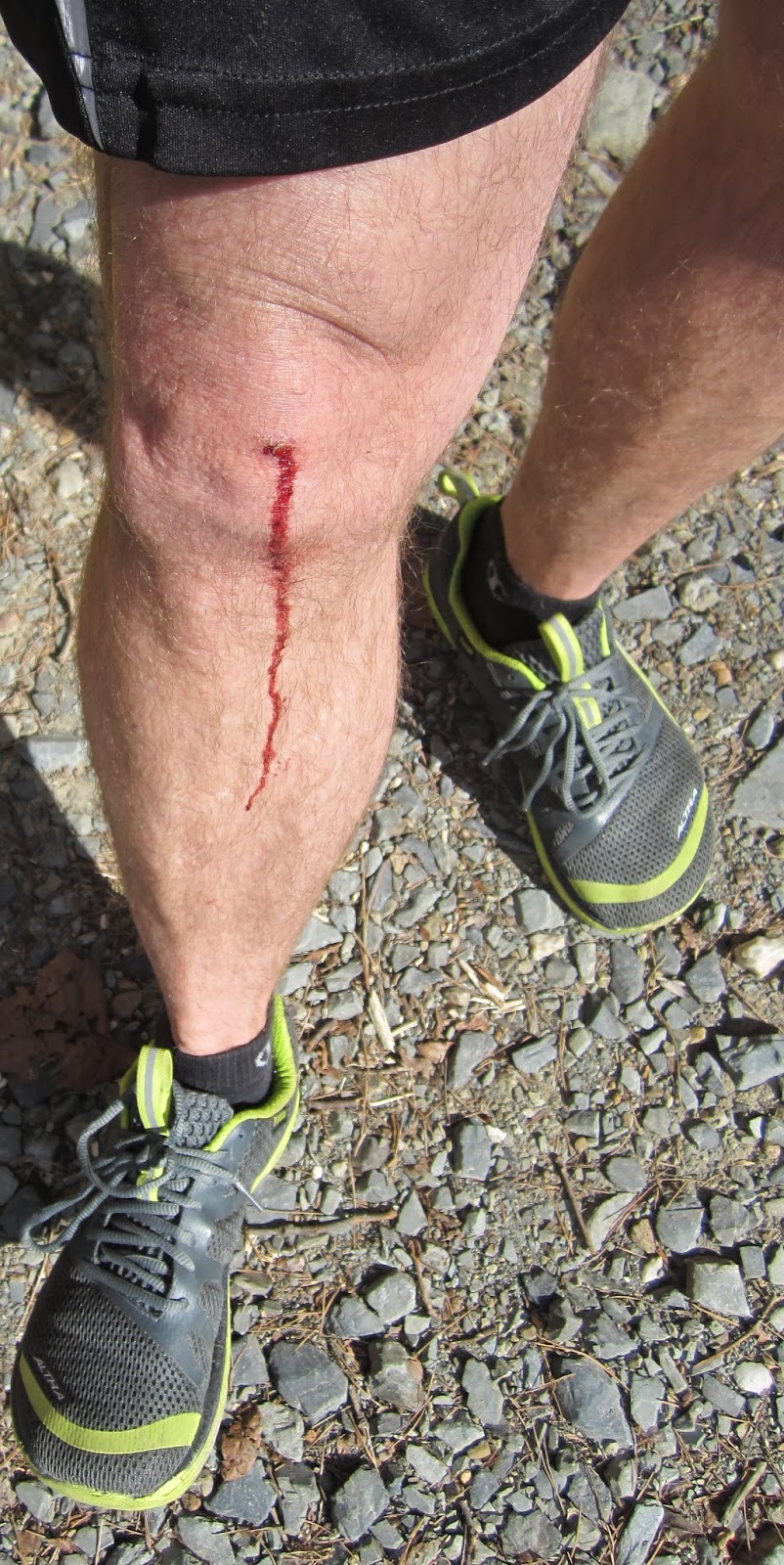 Great Friends And Bad Decisions
I had long ago given up hope of running Uwharrie this year. I just didn't have the training miles or the health. Luckily, I have a co-injured running friend who is even more prone to rash decisions than me. Although it was stupid beyond belief, Ryan and I goaded each other into running the 8 miler at Uwharrie.

As soon as I committed to running the race, I started worrying. Originally I only wanted to drive down and pick up my race shirt, and then hang out at the finish to see friends. Actually running a race again, especially Uwharrie, scared me. Deciding to run the race from the rear of the field and committing to have as much fun as possible, was the smartest decision Ryan and I could have made, although it wasn't even close to leveling the overall stupidity of the situation.

Blood And Whisky
Determined to have fun, even if I self destructed on the hard, rocky trails of Uwharrie, I brought some decent whisky along for the trip. We bought a couple of McDonald's coffees (and an apple pie or two) just before arriving at the check-in. I dumped Maker's Mark into my cheap McDonald's coffee and less than an hour later, poured my decrepit old body onto the trails of Uwharrie.

I don't think I've ever had such a good time during a trail race! The whisky helped, of course, but running with a like minded friend made most of the difference. Not that I could ever strip down to some questionable bikini briefs for most the run, like Ryan, but running with no goals and no worries was pretty damned nice, especially on a gorgeous day in Uwharrie.

Epilogue
Have you ever been scared to do something you love? Scared of failure? Scared of injury? That's what coming back to running after a long recovery from injury was like. Thank goodness for Uwharrie. And great friends. And good whiskey.