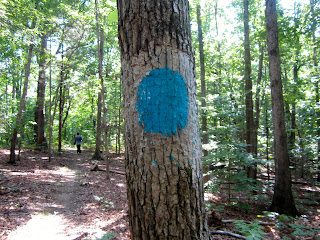 I know you're wondering, what's the C.R.A.P. ? Let's just get that out of the way before I get to my tale of drinking while running. C.R.A.P is an acronym for Countdown Run And Picnic. The full, official title of the event is "Jimbo's East Coast Countdown Run And Picnic", but in it's second year, it has lovingly become shortened by most participants to "The C.R.A.P. Fest." Jimbo" is Jim Plant, a local ultra runner who has moved to the West coast since he originally organized the event last year. This year the race was organized by Tim Preble, another local ultra runner. Tim did a great job with the event this year.

Why have an event with a name like C.R.A.P Fest? It's an ultra runner thing I think. Keeps the riffraff out. Only diehard ultra running nutjobs would be willing to suffer though an event with a name like that. I don't consider myself an ultra runner, but fortunately, I love crazy running events, so when I saw one of my Facebook friends comment on the event, I busted in and asked if I could participate. Ultra runners being some of the coolest, nicest folks on the planet, welcomed me to the event.

How C.R.A.P Works
The race is devilishly simple. Repeatedly run a 1.6 mile trail loop in an ever decreasing window of time. To start you are given 37 minutes to finish the loop. The equivalent of an easy stroll around the trail. After 37 minutes, the next loop run begins (usually counted down with sadistic glee by race organizer Tim). This time you have 36 minutes to finish the loop. And so on, and so forth, until you can either run no further, or you miss the group start of the next countdown loop. Like this: 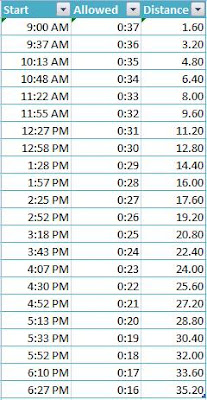 Jimbo is either mad, or an evil genius. Maybe both. My kind of guy! I really want to meet Jimbo if he ever comes back to the East coast. 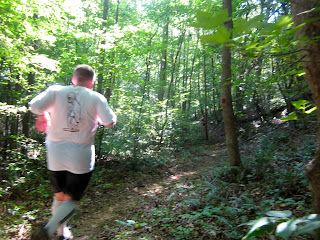 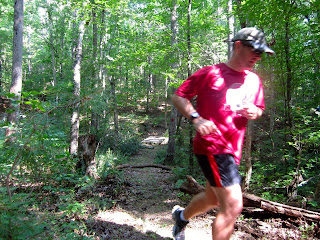 How C.R.A.P. Feels
On a normal day in North Carolina, in August, you would sit on your front porch sipping something cold and refreshing. In my case, a chilly pale ale would do the trick. They don't call these the dog days of Summer for no reason around here. Just getting out of your chair to retrieve another tasty, cool beverage can result in sweat stains on your favorite shirt. Now, imagine running to the store, which is nearly a mile away, to retrieve your favorite beverage. Now imagine doing that over and over and over and over... After 5 hours of this, I was thinking good god, just shoot me!

Don't get me wrong, I had a great time at the race! These small FA ultra events draw some really cool people. I had a good time chatting with different people on the loop repeats and in between loops at the shared aid table. Speaking of the shared aid table, don't be an idiot like me and show up for the race with no fuel and a single 20oz handheld full of water. You will utterly self destruct with such foolishness. Thanks to the kindness of the more seasoned ultra runners who brought shared snacks, and especially thanks to the race organizer ,Tim, who brought at least 30 gallons of cold water, I managed not to die during the race. Even with drinking 20oz of water after each loop, I was still peeing apple juice after 3 hours. Totally brutal day on the trail for sure.

Crapping Out of the C.R.A.P Fest
The great thing about this race is that the strategy and execution is entirely up to you. Run hard and fast and take long breaks between the loops early in the day, or take your time and try to just maintain a continuous momentum. This being my first attempt at the race, I tried both strategies at different points in the race. Early on, I ran way too fast (19-21 minute loops). In the middle I walked more (22-24 minute loops). My last lap was my slowest at 28 minutes, when I crapped out at 17.6 miles. Looking back on it, I think I totally reversed the proper strategy. That's just about right for me.

Epilogue
Was it hard? Hell yes it was! Was it fun? More than you can imagine. Would I do it again? I'm already planning my return to next year's C.R.A.P. Fest. 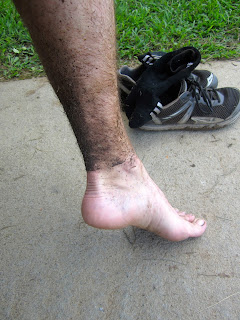 A couple of other race reports can be found here, and here (second place overall!).