I Am Not A Runner 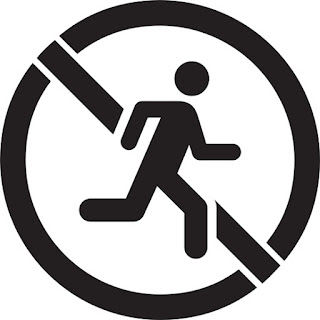 Runners are an insecure bunch. It's difficult to go more than a week or two without one of us expressing serious self doubts about our abilities, our goals, our training, or even our very existence as a  "runner". I'm as guilty as the next guy in the starting corral, that's for sure. But Frank over at a "Hurry Slowly ... but Hurry!" got me thinking about this again with his recent post about what it means to be an ultra runner.

What does it require to claim even the simple title of "runner"? Hell, what does being a "runner" even mean?

As with most complicated questions, I don't have an answer. I have thoughts and even more questions about those thoughts. But that's not necessarily a bad thing. We, as a species, do too little thinking and questioning these days anyway. So here are a few of my non-answers, and bunch more questions. 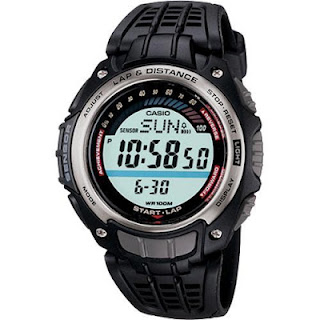 Runners love to measure things, but does that really matter? For instance, is there a cut-off for pace or distance, beyond which you are no longer classified as a "runner"? I think not. And I don't claim that because I'm a slow guy (I certainly am), or because I almost never run for speed (my trashed knee and "speed" are friendly adversaries). I have a one word non-answer for anyone who claims there is a specific measure required to be a runner - Randy.

Ok, maybe a bit more detail is needed for that answer to stand up. Randy is my oldest friend on the planet. We've been friends since grade school. For those of you who don't know how old I am, that means we've been friends for over 30 years. Randy has always been a big guy. Not necessarily fat, just big. He's built like a human bulldozer, with broad shoulders and hips to match. If we were born 1000 years ago, he's the guy I would want by my side in battle. Actually, I would want Randy in front of me in battle. During the melee, I imagine myself cowering in the rear, flinging panicky arrows into the unknown, while ahead of me, Randy calmly bashed the heads of our charging enemies with his 40 pound war hammer. I say calmly, because Randy is such a nice guy. I imagine he would apologize after each skull crushing blow.

Recently, Randy decided to start running again. Like me when I returned to running, he hadn't run in many years, so the first few runs were a real shock to his body. I was fortunate enough to run along side Randy on a few of his early runs around the track. Being my height, but carrying 100 pounds more weight meant his pace was really very slow. In fact, I could have walked (although quickly) at his running pace. But trust me, Randy was running. He pushed his body to achieve that pace. His effort and pain level for his one mile runs were probably the same as my experience at mile 20 of a marathon. The pace and distance just didn't matter. He was running with everything he had in him. And when his heart would race beyond it's safety zone, he would walk for a bit. But that didn't matter at all to him, or to me. He was running again. 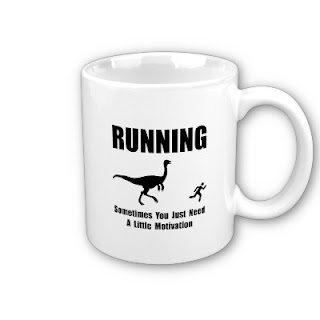 Do our reasons for running matter? Are certain motivations required to be a runner, while others are excluded? Is my own "running for joy" motivation good enough to open the door to the "true" runners club? What about those who run purely to maintain a healthy weight? Are their motivations "impure" and if so, does that mean they are not true runners? The broader question is, do attitudes matter?

This is a tricky question, and unfortunately, I don't have a solid answer. It's difficult to say what the "right" reasons are for running in the first place. So, claiming that any one small set of motivations define a runner seems a bit stupid. Are my motivations any better than those of the diabetes patient who runs trying to heal themselves. Or the terminal cancer patient who is simply trying to enjoy the life they have left? Are the seemingly shallow motivations of shrinking your dress size or pants size any worse than my need to blow off the stress of a modern, fast paced life I have chosen to be trapped within? Is the desire to push your physical and mental boundaries through running, any better than the desire to "win" a race? Is any of this even relevant or comparable to the subsistence hunter who must run to feed his family?